You are here: Home / Eco-Friendly Fencing / Salamanders in Your Cement Mixer? That is Newt a Problem 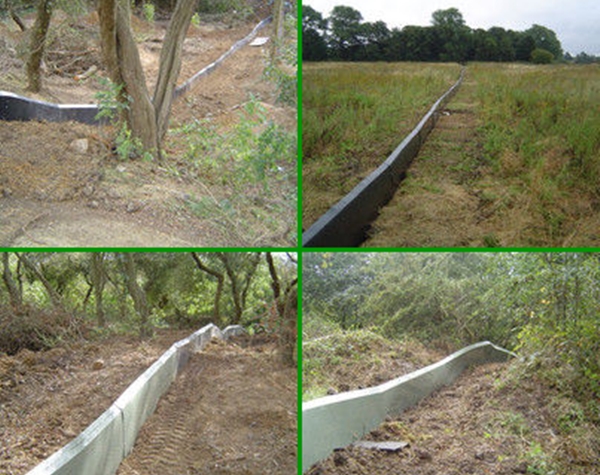 There is so much red tape and paperwork with construction jobs of any size that it is a wonder anything ever gets built. One area you may not have considered is Newt Fencing.

I can tell from that confused look in your eyes that you aren’t quite sure … no, I don’t mean tiny salamanders with swords! 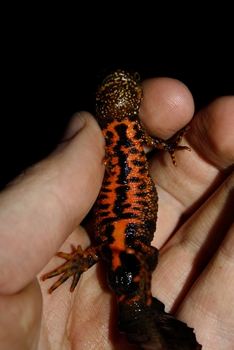 The Giant Crested Newt is a protected species in the United Kingdom and across Europe due to the dwindling numbers in its population over the last 70 years. As a result of the species’ rarity, it is heavily protected by British and European law, under the Wildlife and Countryside Act. Nobody wants to see any species wiped off the face off the earth, so we must be extremely careful around any animal with limited numbers.

As such, killing, hurting, or moving Giant Crested Newts is extremely illegal and can be a major problem for construction companies if they discover there are newts in the area. Disturbing the Giant Crested Newt in its natural habitat is a big no-no and can land companies in serious trouble. 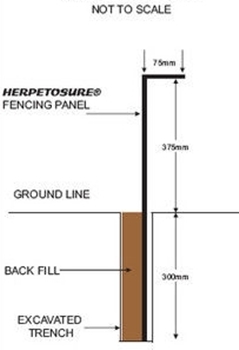 The solution to this problem seems simple – install fences to prevent the newts from entering the construction site and endangering their own lives. The plastic and timber nature of these fences has proven costly however, with a horrendously high wastage rate of unrecyclable material. As this would end up on a landfill, it was obviously not ideal and has led to alternatives to be sought.

Reusable systems utilizing recycled material are now available, ensuring a cleaner environment for not just Giant Crested Newts to live in, but for us all.

Preventing the Giant Crested Newts from entering construction sites is obviously beneficial for all parties as work can continue without (fingers crossed) any further ecological problems, while the Newts themselves will be safely kept from wandering haplessly into dangerous situations.

It is even now possible to install permanent fencing to keep the newts in, rather than out. Ensuring that the Giant Crested Newts are kept inside a safe location ensures that limited unforeseen dangers can befall them and a close eye can be kept on population numbers by those who care for their well-being.

It may not have been a problem you saw coming, but have no doubt that crossing paths with a protected species will only have one winner. Luckily, it is a problem which can now be solved with little fuss and in an ecologically friendly way.

Be sure to install the best newt fencing for your project. Sites such as www.herpetosure.com can be consulted for further information.